Xergy Inc., a small company from Delaware, utilized Small Business Innovation Research funding under the authorization of the Energy Department’s Building Technologies Office to develop a novel microclimate control system. The small, easy-to-install device can monitor and control humidity in small spaces without causing condensation or draining issues. The system allows for very precise control of humidity, making it a critical tool for showcases exhibits and musical instrument case applications.

October 2018, the novel microclimate control system was installed at the Museum of the Bible in Washington, DC. A total of eight showcases housing 2,500-year-old antiquities from Israel feature the humidity control system developed by Xergy. 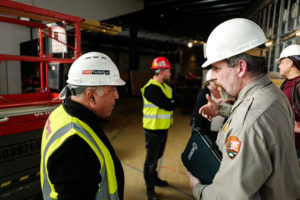 Additionally, on November 28, 2018, the system was installed at the new Statue of Liberty Museum on Ellis Island in New York City, NY. The device was installed in an exhibit showcase that preserves pieces of the Statue of Liberty damaged by Hurricane Sandy. This novel application of the BTO-funded technology will safely preserve the documents and artifacts on exhibit at the iconic national historic park. 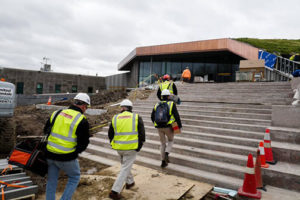 The newly installed units operate by taking moisture from inside the case and passing it through a membrane. The membrane, developed by Xergy, breaks up the moisture and transports it across to the other side, where it is released from the case. The entire process is conducted in vapor phase with no drainage or condensate.

Before the development of this microclimate technology, museums often used a silica gel for desiccation, or the removal of moisture, from the exhibit cases. Unfortunately, over time the efficacy of the silica gel would decrease over time, altering the humidity levels within the case and costing the museum to continuously replace. This technology can be a replacement for silica gel cartridges in compartments and showcases, by providing continuously controlled humidity with minimal maintenance and low noise.

“We believe this technology has a bright future and can be integrated into not only many museum showcases but many other products with microclimates, like home appliances,” said Bamdad Bahar, Founder of Xergy, Inc. 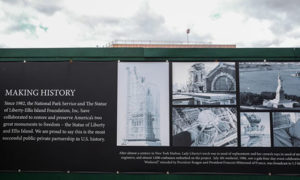 There is no straight path for technology developments, and often breakthroughs come from unlikely places. When first funded in 2013, Xergy sought to develop an electrochemical compressor using water as a refrigerant for heating and cooling applications. Through a number of prototypes and iterations, Xergy scientists discovered that the technology it developed to electrochemically pump water could also be used to control humidity. This unforeseen outcome of SBIR-funded early stage research and development has led technological developments and accomplishments with more than just energy benefits.